Learn how to make an easy DIY lobster costume by upcycling a sweatshirt with felt. This costume is easy to wear, and the felt is easy to sew!

I love animals, and I’ve always tried to sew animal inspired clothing and costumes for my kids. Why are kids so cute when they are dressed up like animals?!

I had some red felt, and my son had a red sweatshirt. Combined they made the easiest DIY lobster costume!

This costume is really easy even though it has a lot of different parts. The best part is if you baste all the details onto the sweatshirt, you can take them off after Halloween and use the sweatshirt as a regular jacket!

The great thing about these claws is that they are essentially red mittens. They can be worn as claws and keep the hands warm, or they can just dangle off of the sweatshirt to keep the hands free.

Do you like to make costumes? Check out one of these:

Cut a piece of white felt to fit on the belly of the red sweatshirt.

Cut four 1 inch red strips of fabric that are wider than the white circle.

Cut the circle in half vertically.

Sew each half circle onto the sweatshirt, but don’t sew over the zipper. You want to be able to still use the zipper.

Cut out four claws that are essentially mitten shaped with points. I used my hand to make the claws extra large for my son’s hands. Make sure you cut out the opening wide enough to fit a hand through even after it’s sewn.

Pin a small section of the claw mittens to the bottom of the sleeve. Baste the claws onto the sleeves.

Cut out 4 antenna shapes. I did a long point with a slight curve.

Cut out 2 pieces of stiff interfacing that are antenna shaped.

Fuse the interfacing to the back of 2 antennae.

Trim any excess and so that you don’t see any of the extra layers.

Pin the two antennae to the top of the hood. Sew across the short edges to secure it.

Hand sew the white felt balls to the hood and the base of antennae. This will help the antennae stand up best.

Cut two rectangles of red felt that is 3/4 the width of the back of the sweatshirt and the same length.

Draw out the shape of the lobster tail and any lobster details you want to add. I drew different sections on different parts of the tail.

Sew around the edges and sew all the details of the tail.

Cut around the edges of the sewn tail design so that it becomes shaped like a lobster tail.

To put the costume together wear the red sweatshirt with all the red details, put on the claw mittens, and then wear red pants and red shoes. You finished! 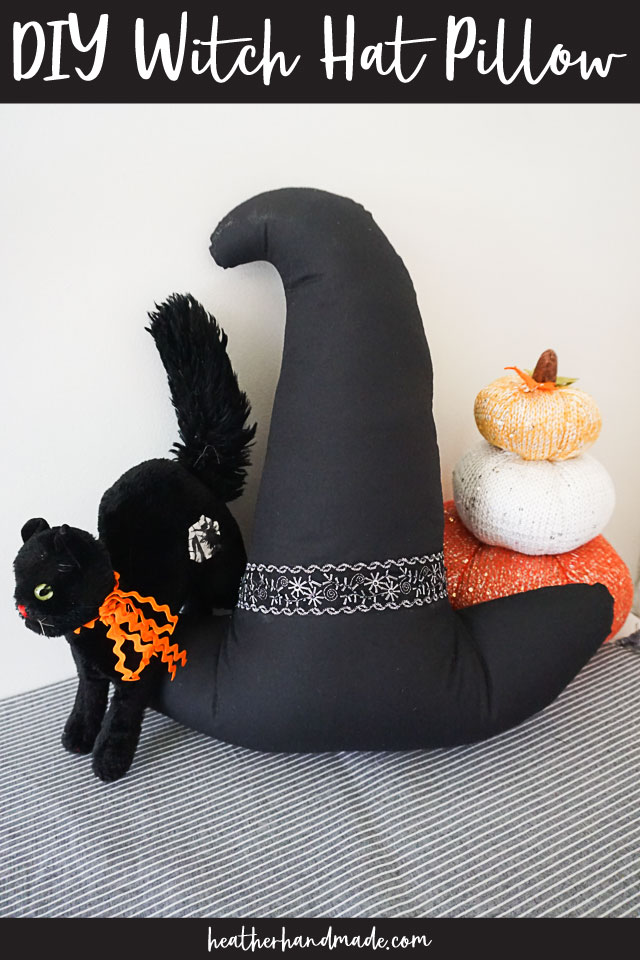 Learn how to make a DIY witch hat pillow with a free sewing pattern. It’s a quirky witch hat with a lace band, and it’s a great Halloween sewing project! There’s so many classic things about Halloween that I bring out every October. Pumpkins, black cats, skeletons, bats, and witch hats. I love having these… 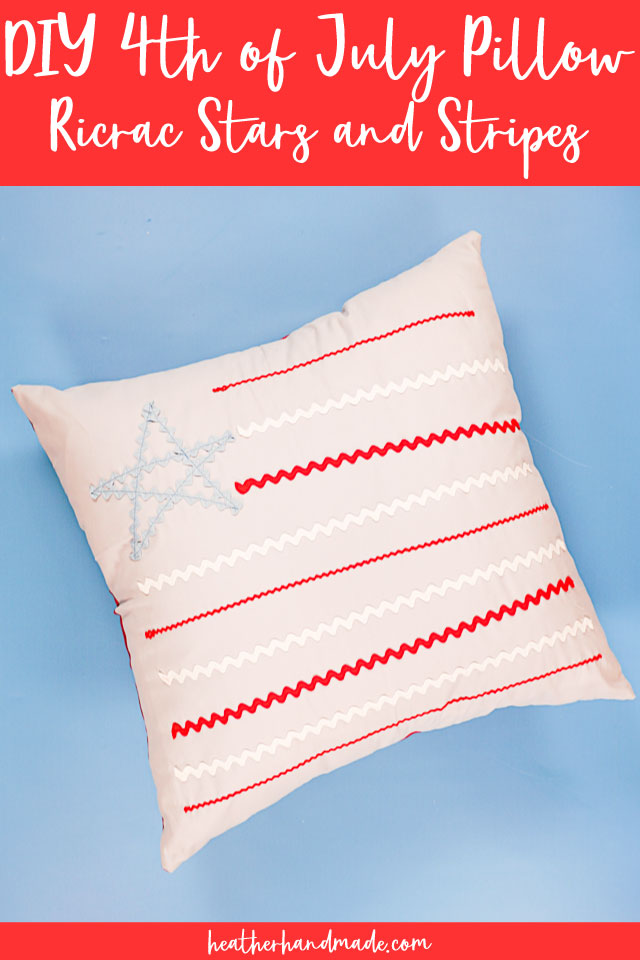 Learn how to make a DIY 4th of July pillow by sewing ric rac into stars and stripes. This beginner sewing project is a great throw pillow! I’m ready to get my summer decorations out, but I didn’t have any 4th of July pillow covers to enjoy. It took me awhile to figure out my… 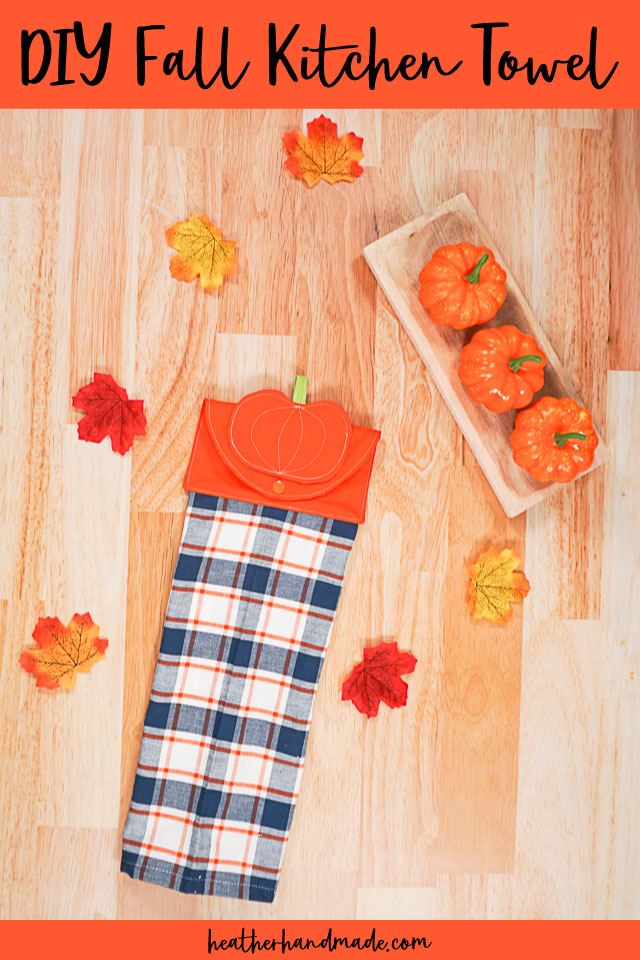 Learn how to make a DIY fall hanging towel with a free hanging towel sewing pattern. Use an autumn towel or add a pumpkin to the top for a festive look. When I’m out in the morning or the evening, I’m starting to feel the crisp air of Fall. It’s still hot in the middle… 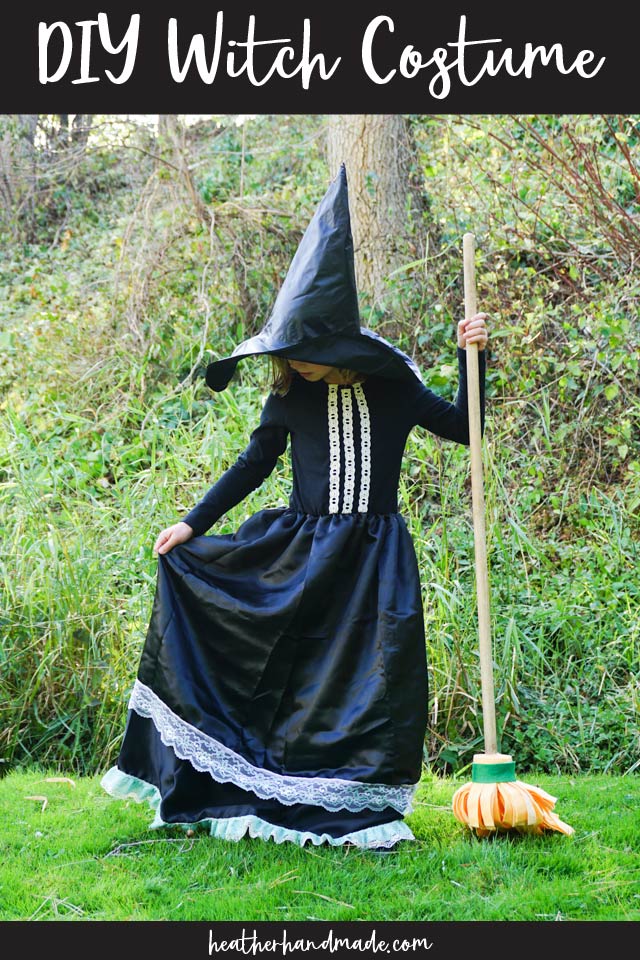 Learn how to make an easy DIY witch costume by adding lace to a black dress! Add a witch hat, black shoes, and a DIY witch broom for a fun Halloween costume! Witches are just so classic for Halloween. It’s fun to decorate with witch decorations throughout the house and practice your witch cackles. I… 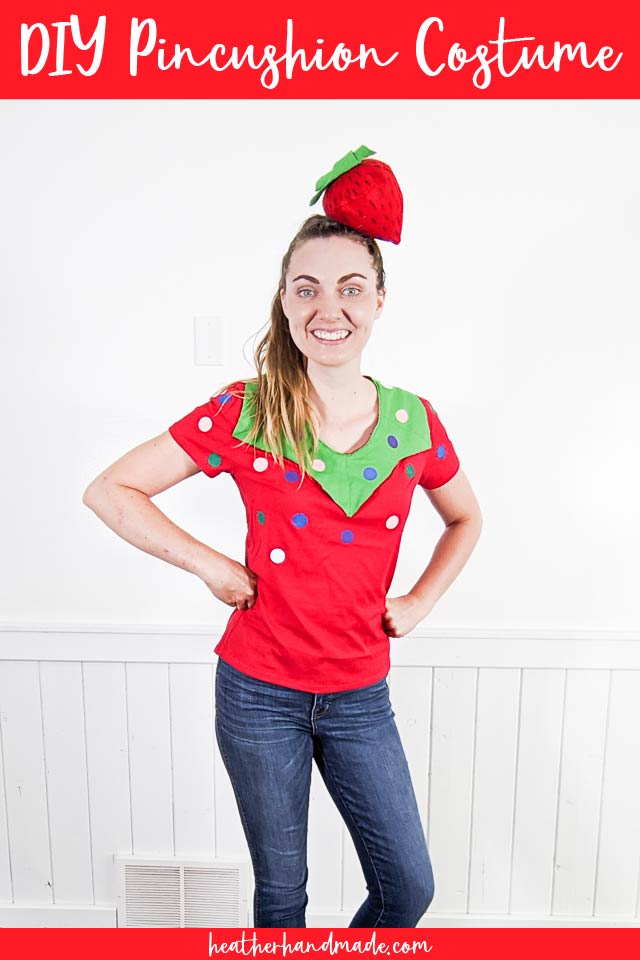 Learn how to make a DIY pincushion costume with a red t-shirt and a strawberry headband. Wear a t-shirt and jeans for this sewing inspired costume. The red tomato pincushion is something classic in the sewing room. It has been around in sewing rooms and drawing rooms for over a hundred years. (I read the… 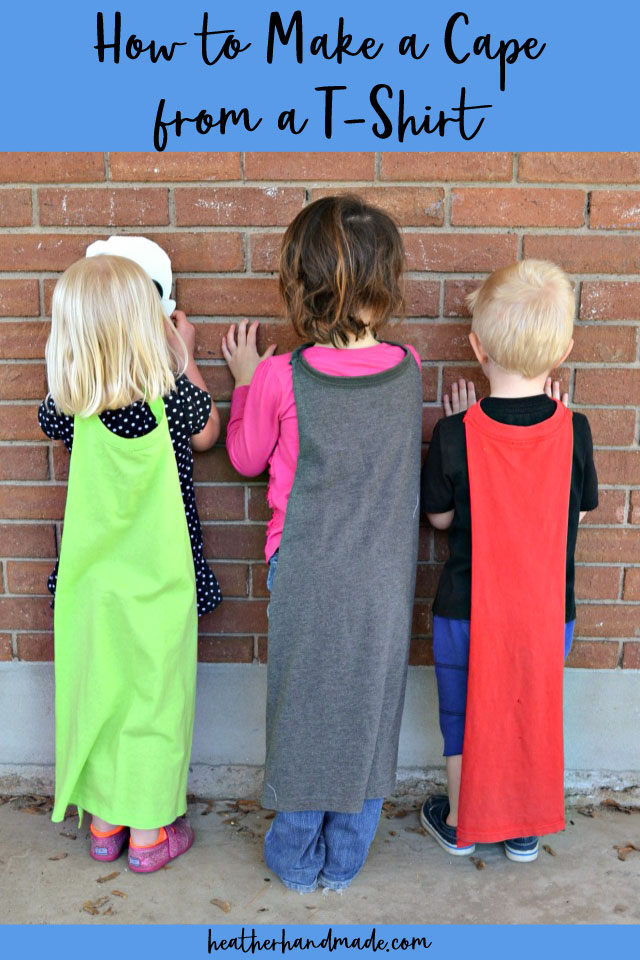 Learn how to make a cape from a t-shirt for the easiest DIY cape! Add Velcro to the neck for an easy on and off option. It’s superhero time all the time at my house. ALL THE TIME. My son wears a cape morning to night, and then it sits on his windowsill while he…

Hi! Thank you for sharing this. My 4 year grandson called me yesterday asking me to make a lobster costume for him for Halloween….This looks like something I might can do. Now to find a red sweatshirt jacket….Thanks again! 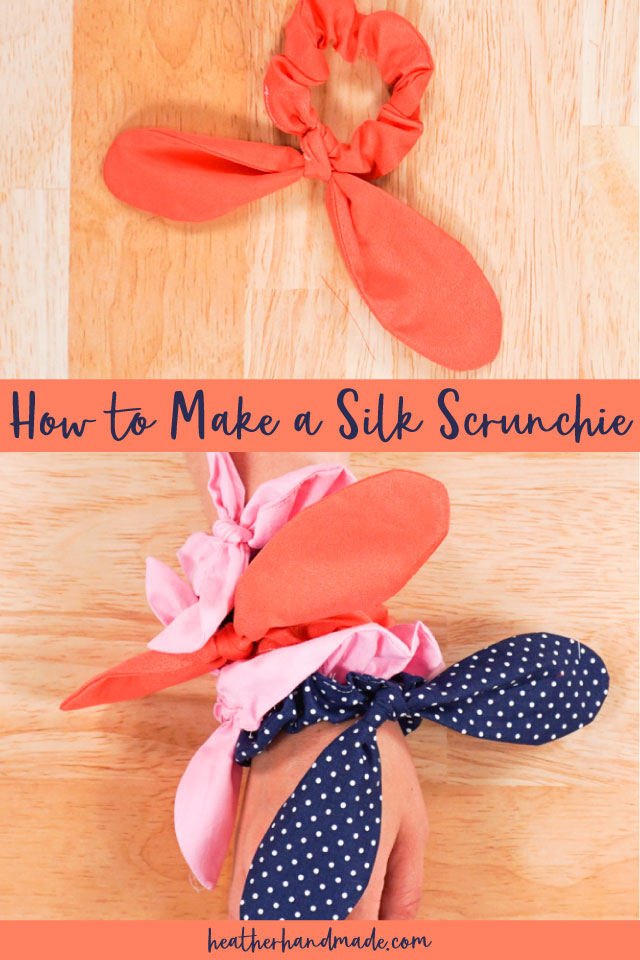 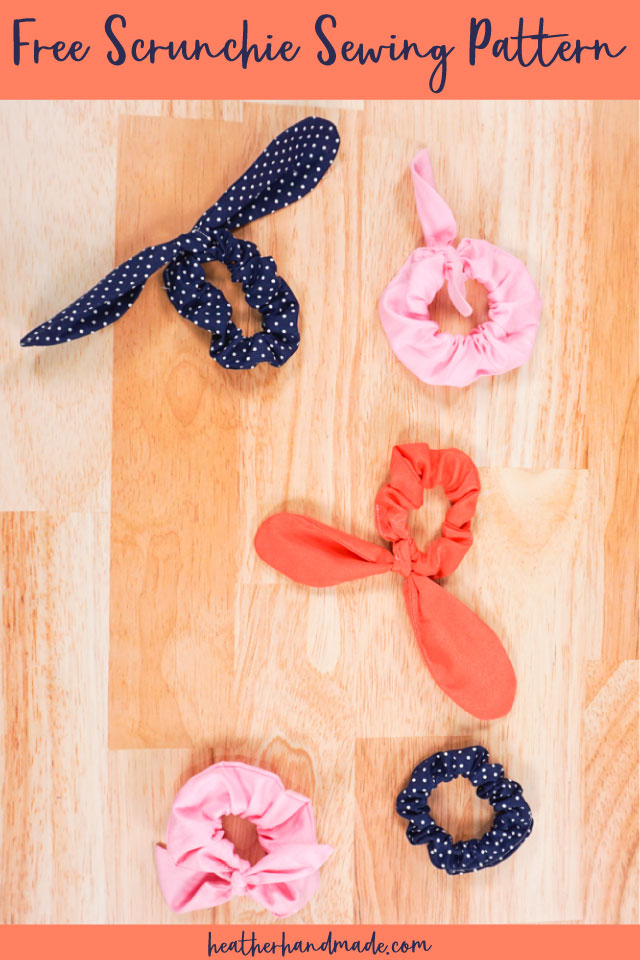 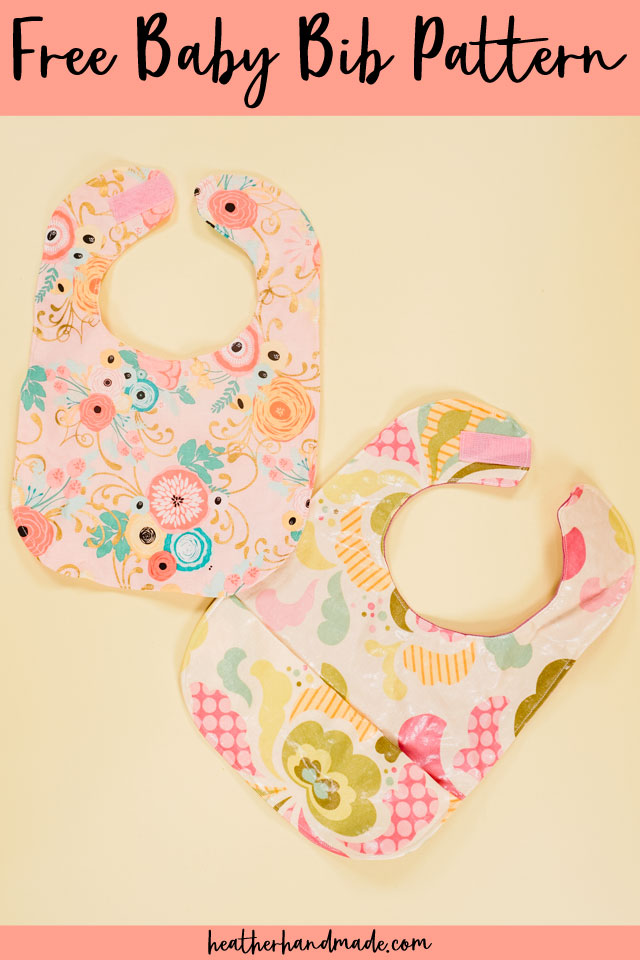 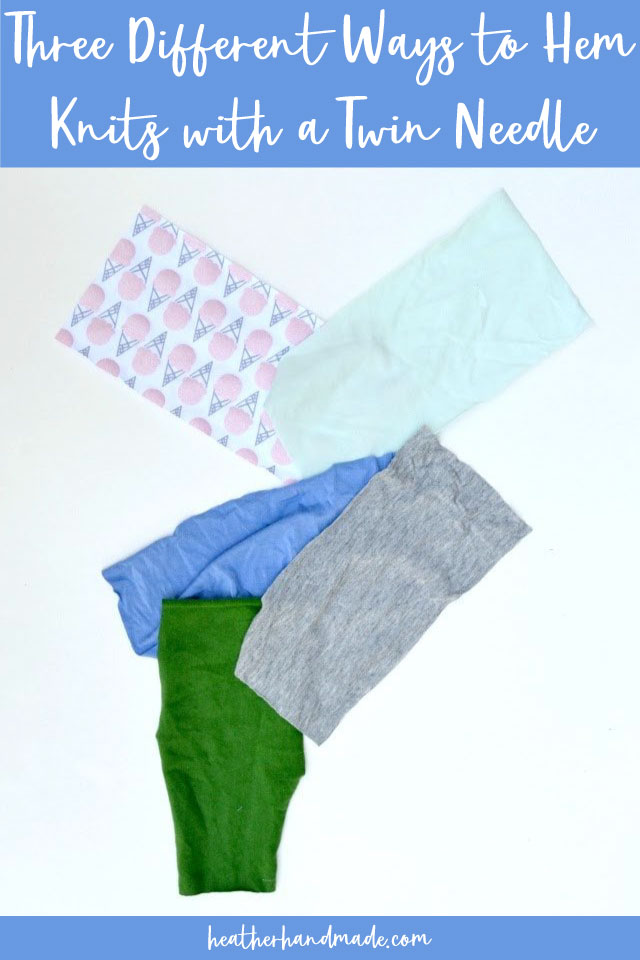