You are here: Home / Sewing Projects / Sewing for the Boy: Superhero Hat
5shares
A couple of weeks ago I was at Joann’s and found a superhero comic book print fabric in the remnant bin. Henry has been wearing capes constantly so I decided to get it for him. When I first showed it to him he opened it up and laid it out on the floor. He loved it. He asked me every couple of days when I was going to make him something from it. So I decided to make him a simple superhero hat for the summer. 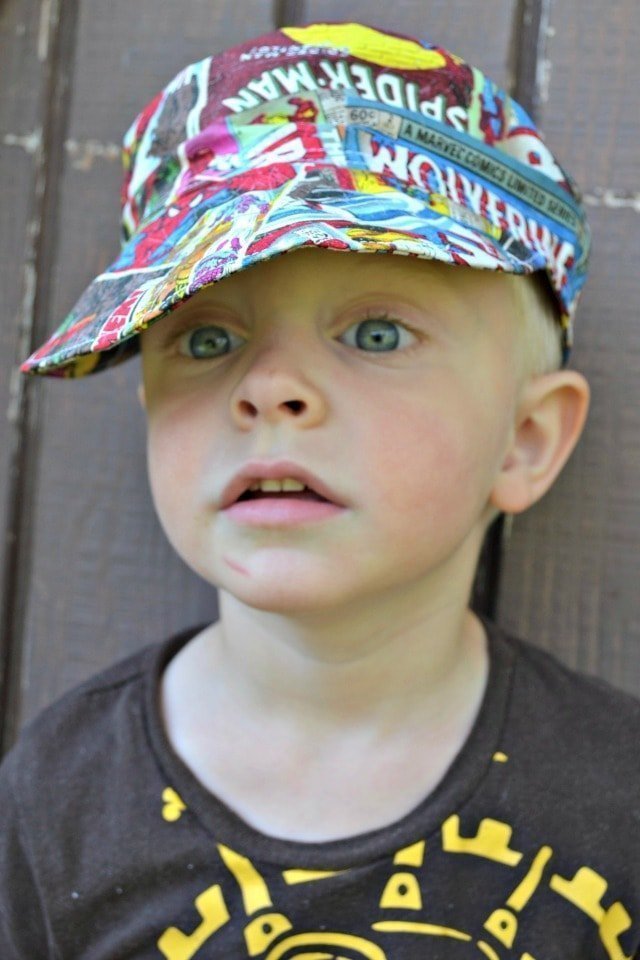 I used a free child’s sunhat pattern that was really simple and really quick to sew. I should’ve added interfacing to the cap part, but I just wanted to get it done and not use a lot of my interfacing. (I hate having to always buy more interfacing.) 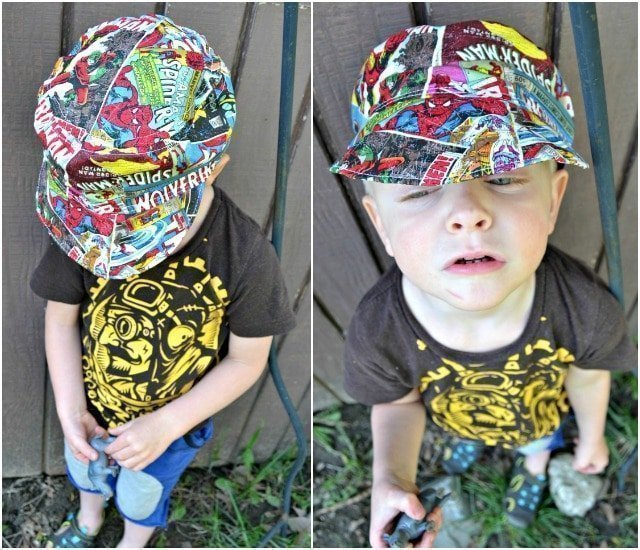 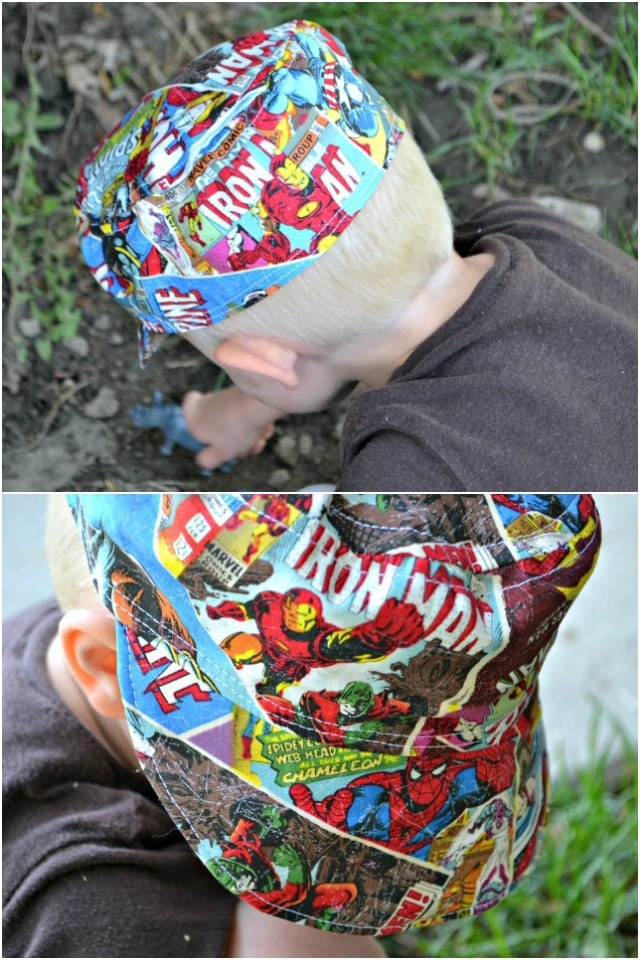 It doesn’t cover his ears, but I like that it covers his face. I hope he wears it during the hot summer days to protect his face from the sun. 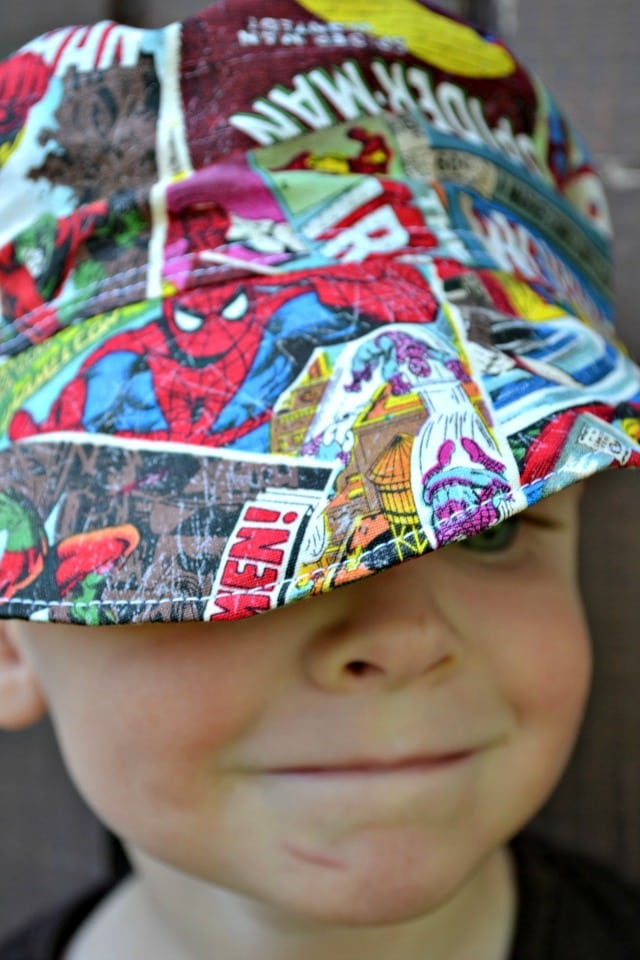