A couple of weeks ago Made by Oranges reached out to me to see if I’d like to try some of their pattern magazines. I’ve always been interested in pattern magazines, but I’ve just never taken the leap. This is a pattern magazine company run by a pattern designer and graphic designer living in the Netherlands, and the magazines come in multiple languages. I received both one of My Image, the women’s magazine, and one of B-Trendy, the kids’ magazine. If you’d like to try out any of their pdf patterns or magazine subscriptions you can get a 25% discount when you use the code FEATHER. It is valid until November 1, 2016.
I made a pair of knit joggers for each of my kids to try out the magazine and one of the patterns. My kids are in need of simple, warm basics so these fit exactly what they needed. 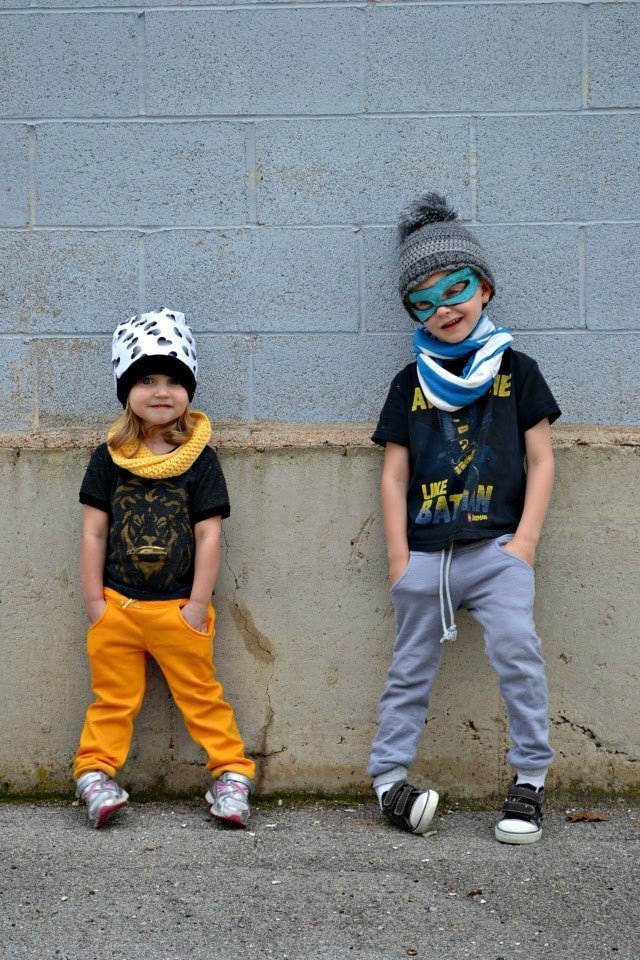 I first made joggers for my daughter. I traced the smallest size which translates to a size 1-3 year. I made that size with no alterations. They fit my daughter well and are actually a little long, but they should last all winter. I think they fit a little tight because I used a sweatshirt fleece with only a little bit of stretch. I just loved the color so much that I used it anyway. I only had a remnant so I had to make it work. I cut out the legs and pockets and the panel just under the waistband from the sweatshirt fleece. Then I cut the waistband, back, pockets, and cuffs from matching interlock. The interlock doesn’t have great recovery, but it worked out. Mostly because there is an elastic in the waistband. Both the sweatshirt fleece and the interlock was purchased as remnants from Joann fabrics. My daughter loves how soft and comfortable they are. I love the color and the urban style. 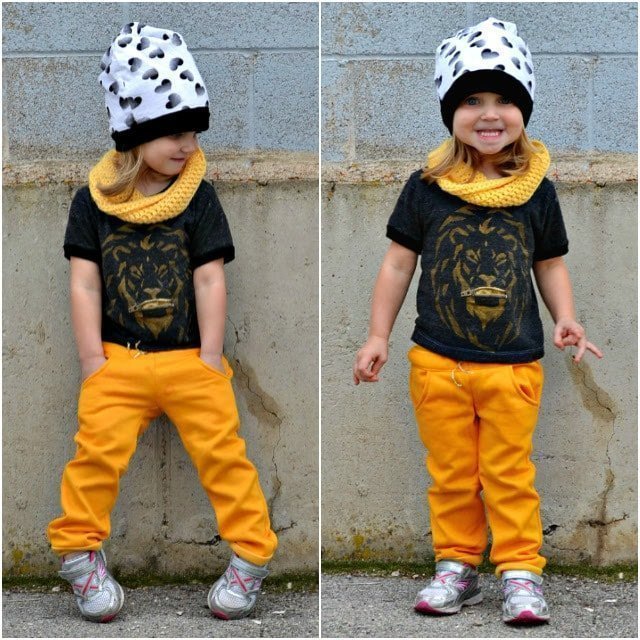 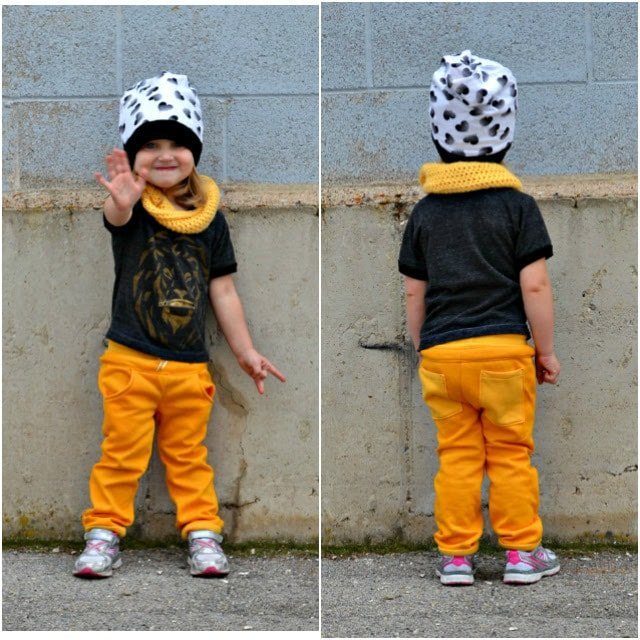 Now when I compared my son’s measurements to the chart, he fit into the 1-3 year but just needed some length. I used the same pattern as what I had used for my daughter then I added 2.5″ to the bottom and I doubled the height of the panel underneath the waistband to give height to the stride area. He didn’t need all that length in the stride, but it gives a slight drop crotch look which I think is really cool. Here you can see the pants, the same width, side by side. 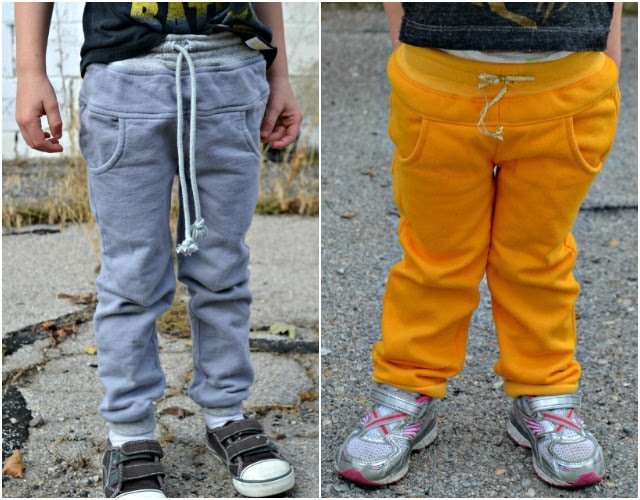 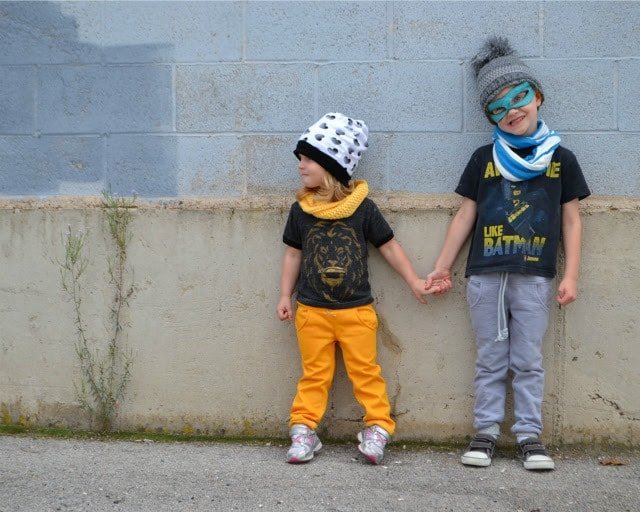 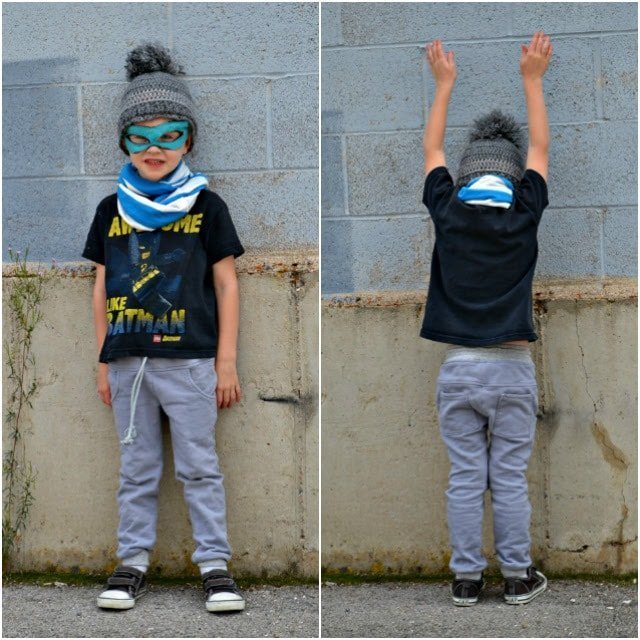 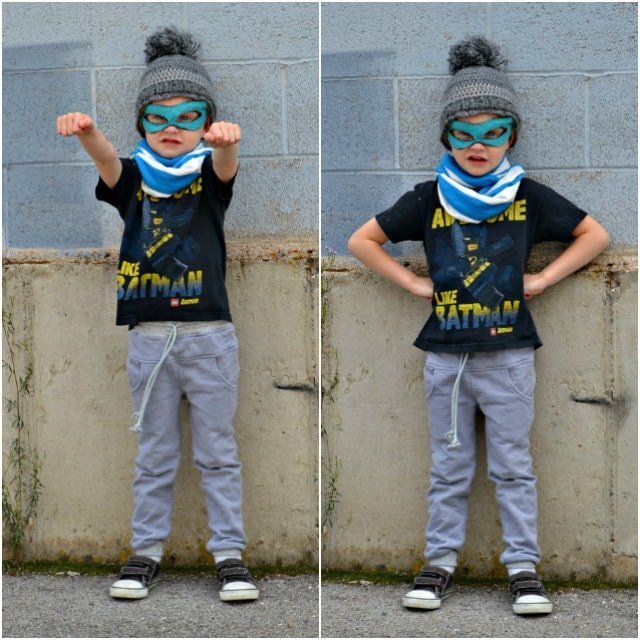 Pros:
Cons:
I would recommend these magazines to anyone who wants to quickly build their pattern library, anyone who enjoys inspiration and a challenge, and anyone who has some sewing experience. Don’t forget you can use the discount code FEATHER to get 25% off on all the products in the Made by Oranges shop. It is valid until November 1, 2016.
Does a pattern magazine appeal to you? 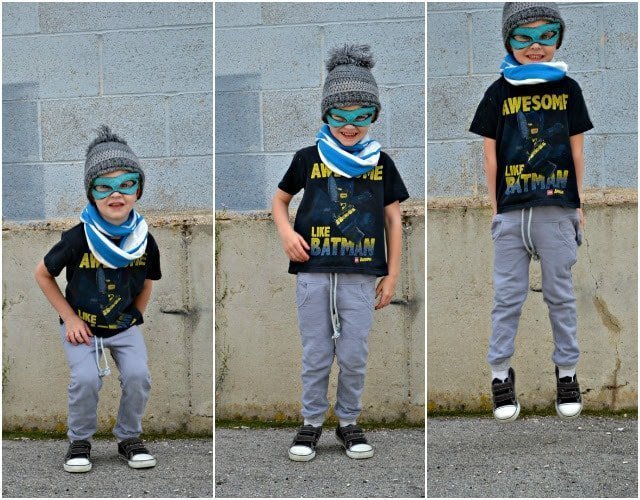