You are here: Home / Sewing Projects / Sewing for the Boy: Kid-Designed Underwear

9shares
I’ve had lots of fun designing fabric with My Fabric Designs; you can see my fabric designs or design your own fabric. It’s really fun and a little addicting. One day a couple of weeks ago when I was drawing on some paper while my kids were coloring, my son wanted to know what I was doing. I explained that I was designing fabric, and he wanted to design his own fabric too. So I got a paper for both of my kids to design on. They were really excited to draw their own design and watch me scan it in. After manipulating it in the computer I uploaded it to My Fabric Designs and ordered a fat quarter of each. They LOVED seeing their fabric once it came in the mail. I haven’t made anything with my daughter’s fabric yet, but I used my son’s to make some superhero underwear. 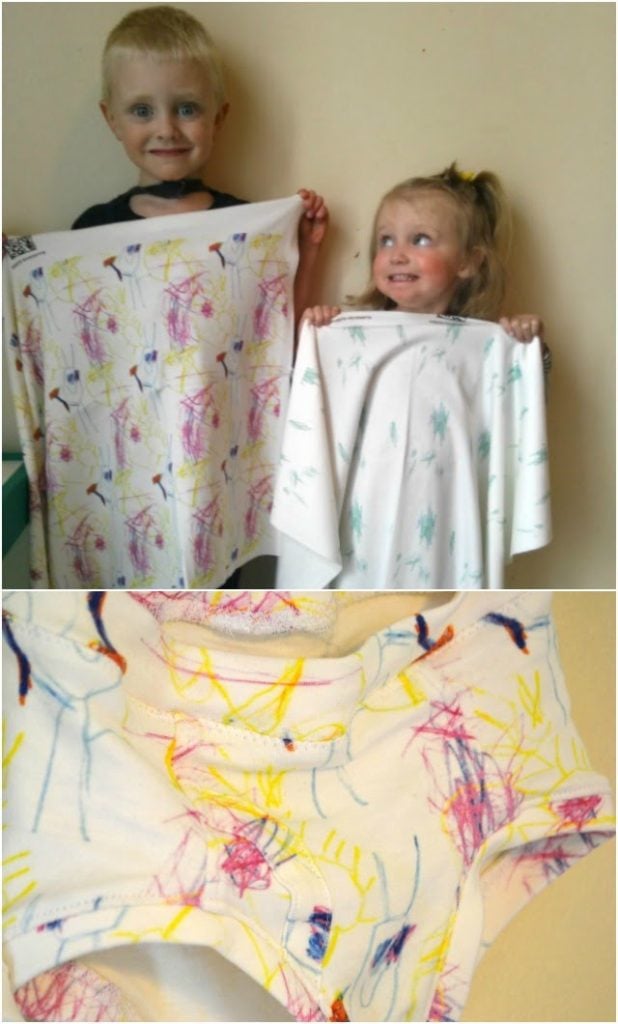 I ordered a fat quarter of this scribble fabric and a fat quarter of Superhero fabric on organic cotton interlock which is $13.50, and I was able to make four briefs. One fat quarter would fit in two briefs in a smaller size. I designed the superhero fabric because I have a little boy that loves superheroes. He says that I drew him and that it’s him with a cape on the fabric. The organic cotton interlock is so soft that I want some of this underwear for myself!

Sew some other easy fat quarter projects for clothing! 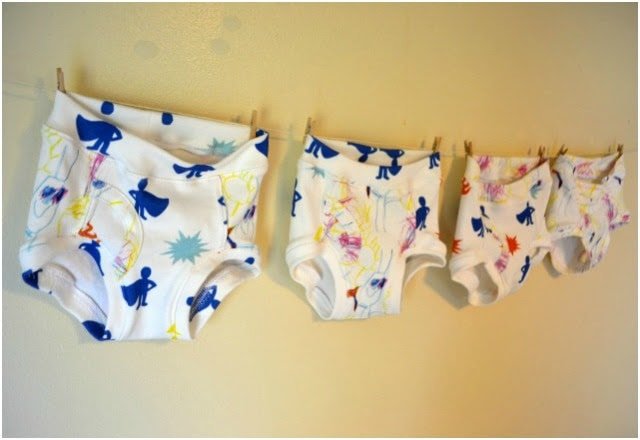 I used the Classic Briefs and Boxer Briefs (affiliate link) by Peekaboo Patterns and made the briefs with a faux fly. I made them with a size 2 width and size 3/4 length. I skipped the side detail and sewed French seams instead. I reversed the French seams so the the seam allowance ended up on the outside so that there would be less fabric to irritate on the inside. The only seams on the inside are from the bands which I’m hoping won’t bother him at all.
I was really worried that they would fit and look good on my son. I have sewn a lot with knit fabric and have come to distrust knit patterns. I haven’t used a lot of indie knit patterns, but of those only a couple of them are good. I can tell when an indie designer knows how to work with knit fabric or not based on the pattern. Anyway, these fit him perfectly! The leg bands and waistband were snug without being too snug but pulled in the briefs like a knit band should. 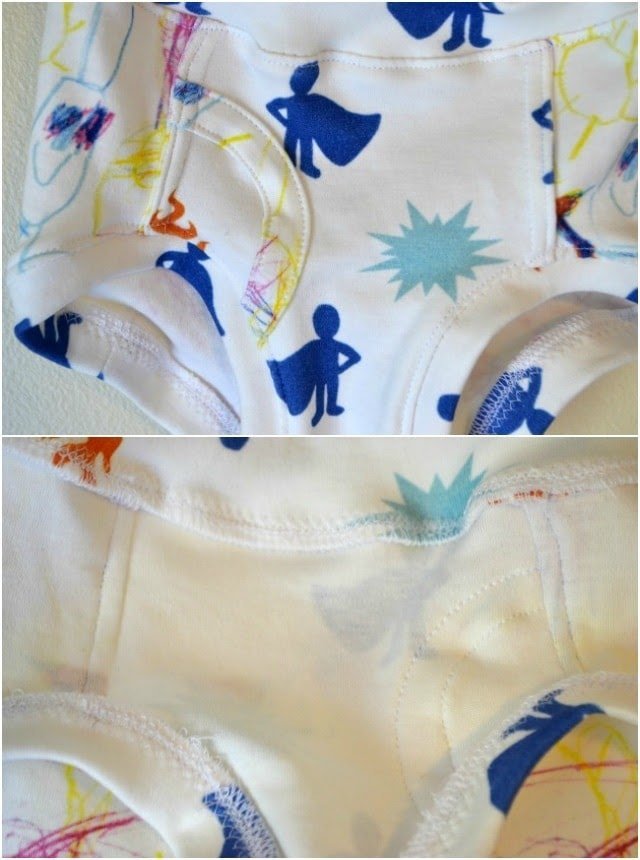 I mixed up the fabrics so he would have different underwear options, and I even used the white border around the printed part of the fabric for some of the pieces. I also did one brief that was only made with the scribble fabric. I hope he’s learning the fun of creativity and how you can make useful items with your own flair. 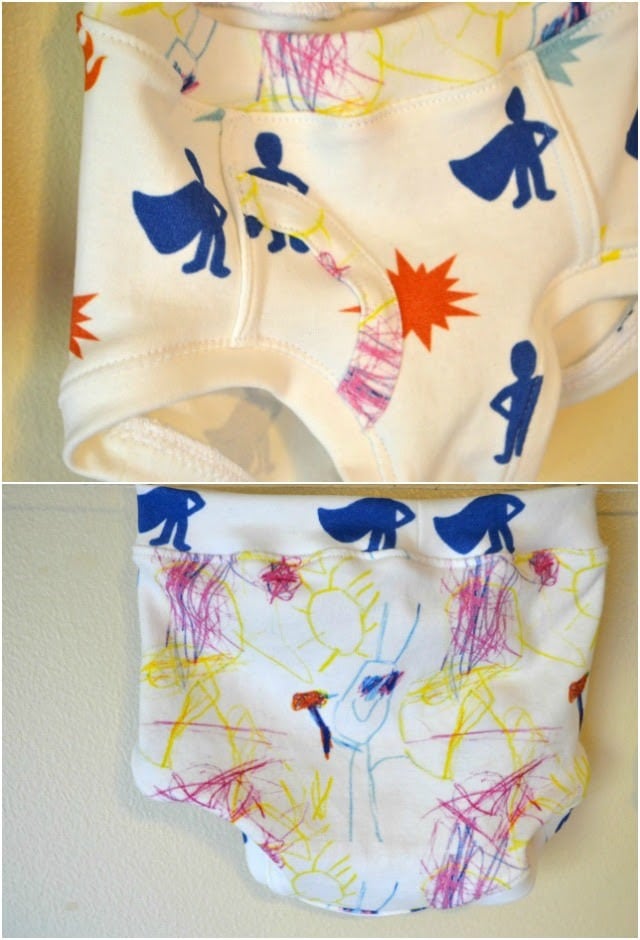 9shares
How to Make a Bowtie with the Cricut Maker
3 Ways to Upcycle T-Shirts for Boys
Inspiration for the Upcycled Shorts, Pants, and Bloomers Pattern
Previous Post: « Fat Quarter Tea Towels
Next Post: Three Long Cardigans »