You are here: Home / Other / Interchangeable Teething/Nursing Necklace Tutorial
5shares

Henry has gotten to the point where he loves grabbing things. He especially loves grabbing while he’s eating. I can’t where regular necklaces because he’ll pull them and break them. I looked into nursing/teething necklaces and liked the idea except that they are only one color. I made a necklace that is interchangeable. 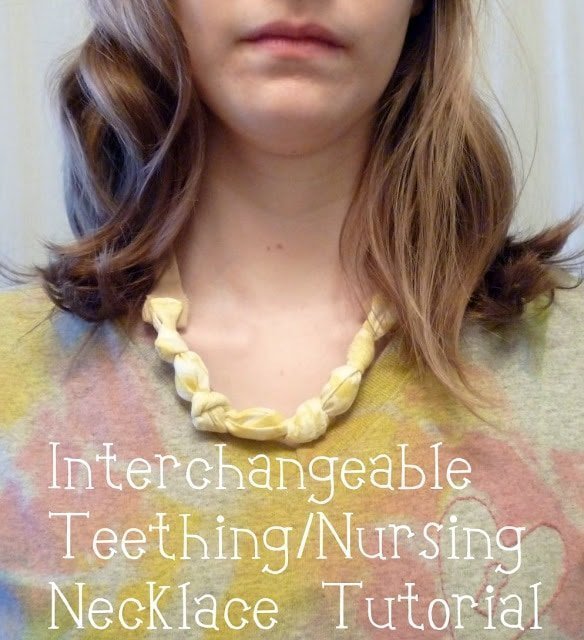 Start with tubes of fabric about 18 inches long. You can make them longer and cut them later because the knots use more fabric than I expected. I used knit and woven fabrics. 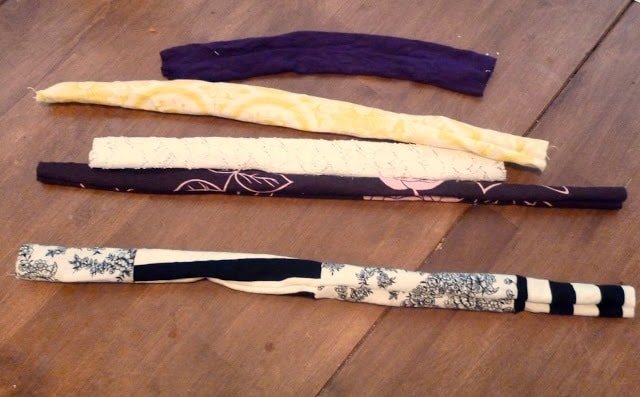 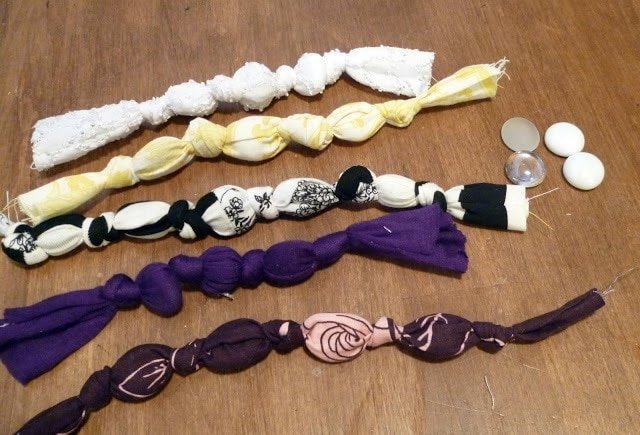 For the back piece I used knit so it would be stretchy and wouldn’t cut into my neck as much. Sew it into a tube and turn right side out. Fold edge over and sew. I didn’t finish the edge because it’s a knit. 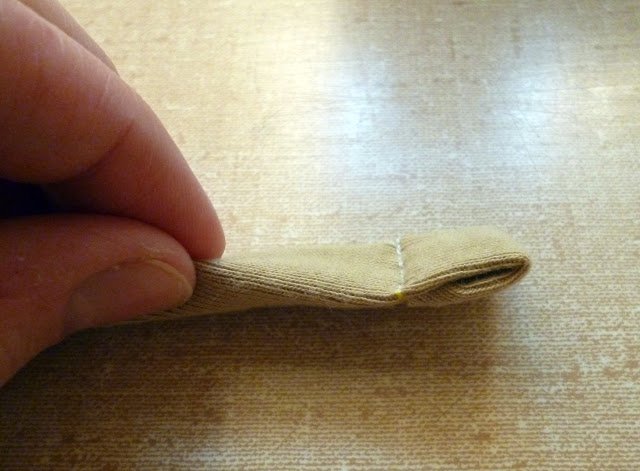 Sew a buttonhole onto the edge. 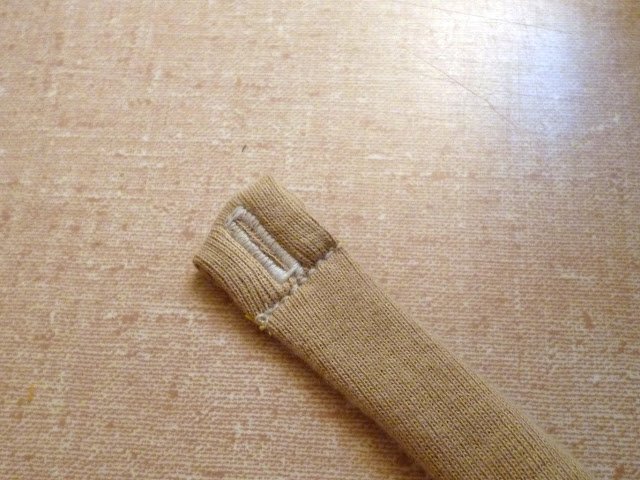 To finish the edge of the color edge, I folded the fabric inside the tube and topstitched. I wasn’t trying to make this really nice because it’s going to be chewed on and pulled on by a baby. 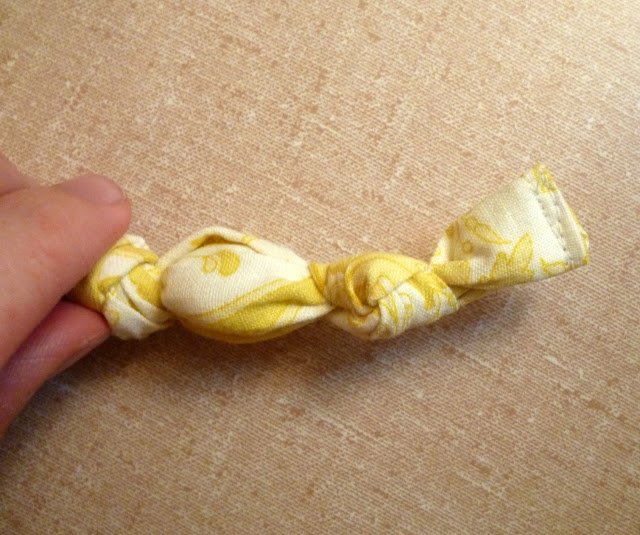 Sew some buttons onto the edges of the fronts that can be used with the back buttonholes. Now you have and interchangeable necklace. 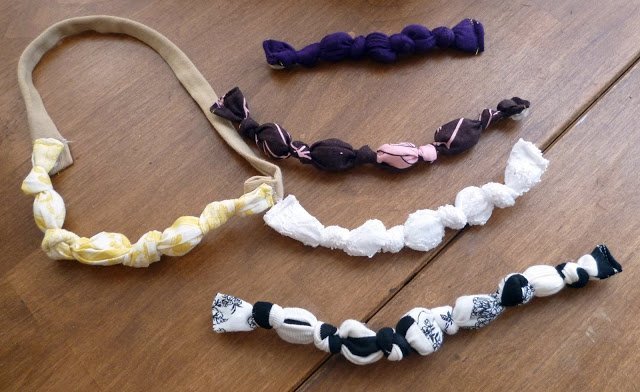 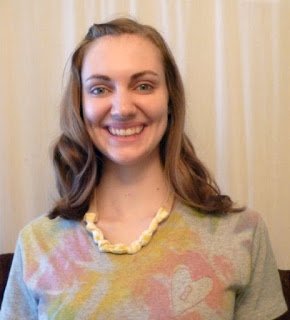 Perfect for little hands to grab. It’s a “toy” that’s always ready, can’t be thrown across the room, and is a great distraction. 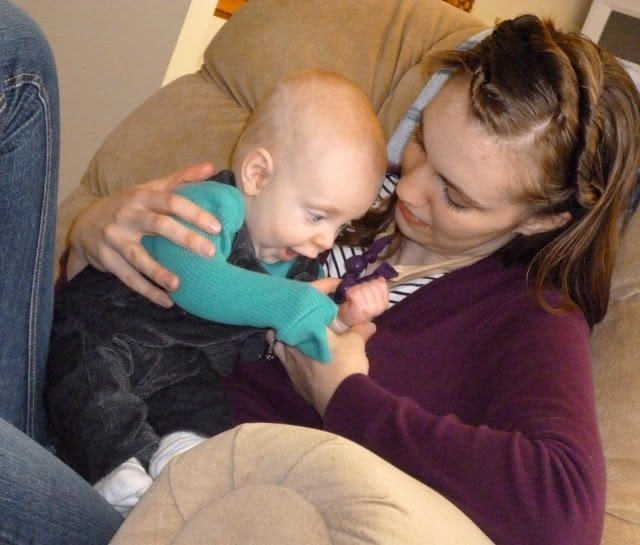