You are here: Home / Sewing Projects / Harry Potter Inspired Kid’s Outfits
Warning: Use of undefined constant is_home - assumed 'is_home' (this will throw an Error in a future version of PHP) in /home/feathfh3/public_html/wp-content/plugins/code-snippets/php/snippet-ops.php(446) : eval()'d code on line 95

0shares
Today I’m part of the CraftingCon Harry Potter sewing competition! The idea of the competition is to sew something inspired by that month’s theme, this month is Harry Potter, and to make it a non-costume. So something your kids can wear to the store. Well, I love Harry Potter so I had a lot of fun creating some outfits for my kids.
I was inspired by Griffindor because I love lions, gold, the Griffindor qualities, and the bold, Griffindor red. My kids are really young so they aren’t old enough to go to Hogwarts, but I could see them trying to sneak onto the Hogwarts Express. My son is trying to get tickets for himself and for his sister. 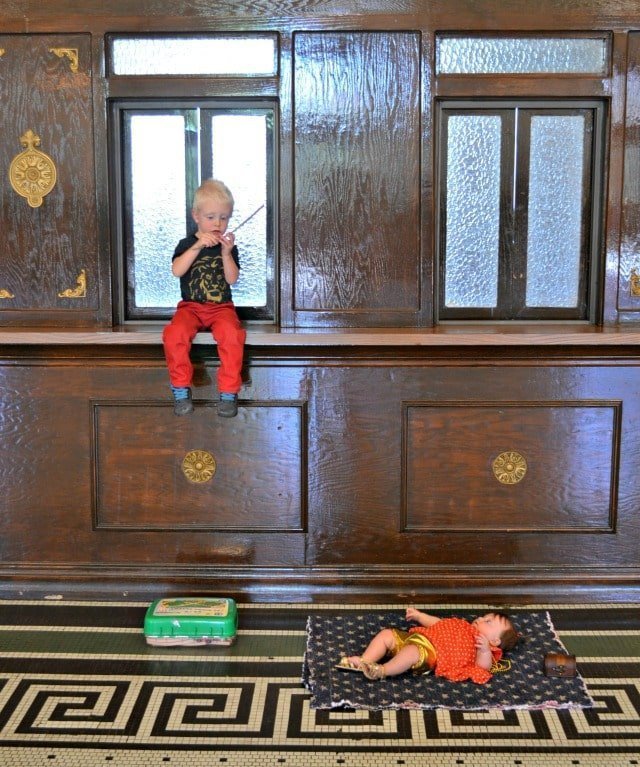 They brought their toys along for the ride, a pretend wand and a Griffindor lion stuffie. 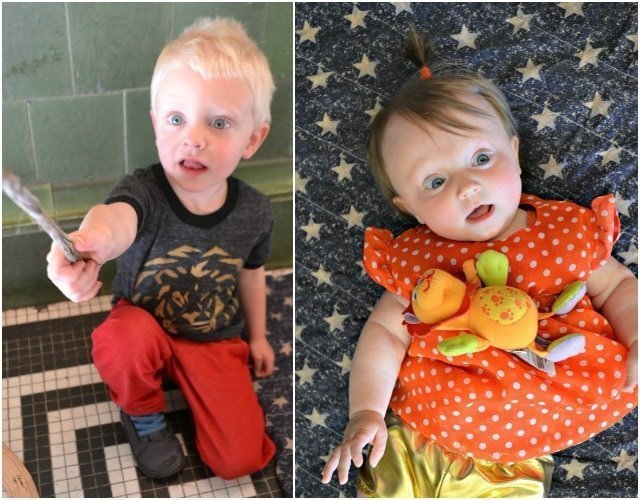 For my son I created his outfit around the lion. I used a heathered gray jersey and stenciled a geometric, metallic gold lion face onto it. I added black ribbing on the neckline and sleeves like the shirt that Harry Potter wears in every single movie. The lion has a zipper mouth that opens to a “magic” pocket. I used Griffindor red stretch denim for the skinny jeans. I drafted my own tee pattern and used the Small Fry skinny jeans pattern. 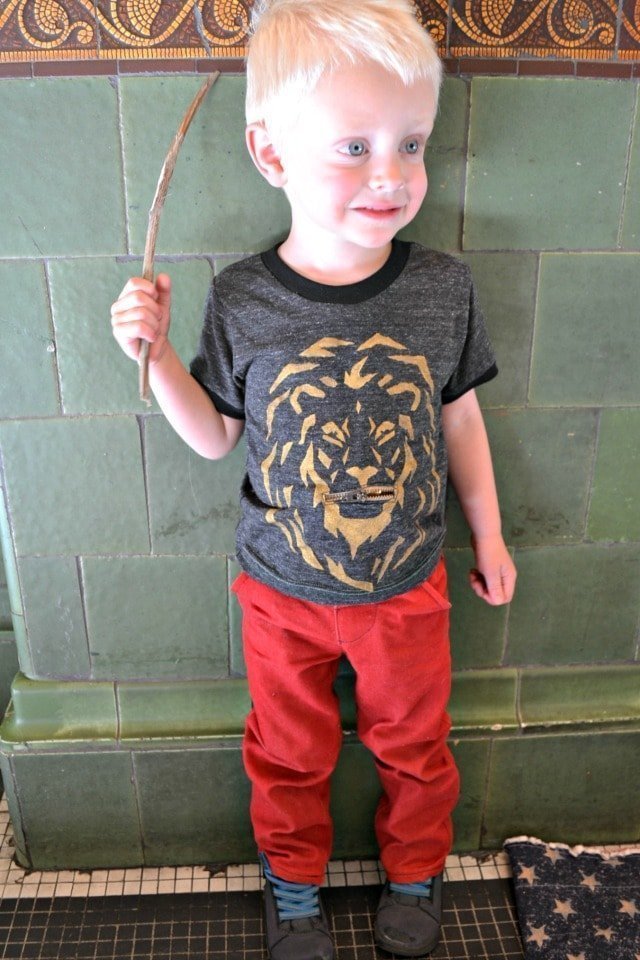 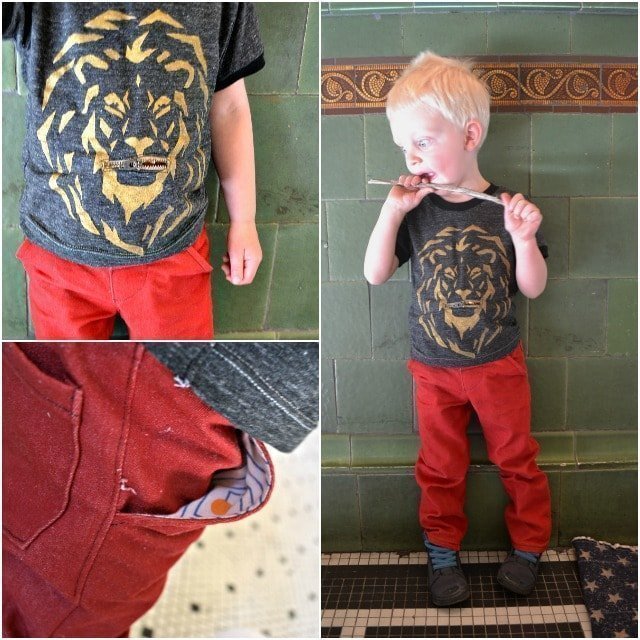 The lining of the pants pockets are a modern take on the Maurader’s Map. The coolest part of the lion shirt is that the zipper mouth opens to a “magic” pocket to hide things. He loves hiding things in there. 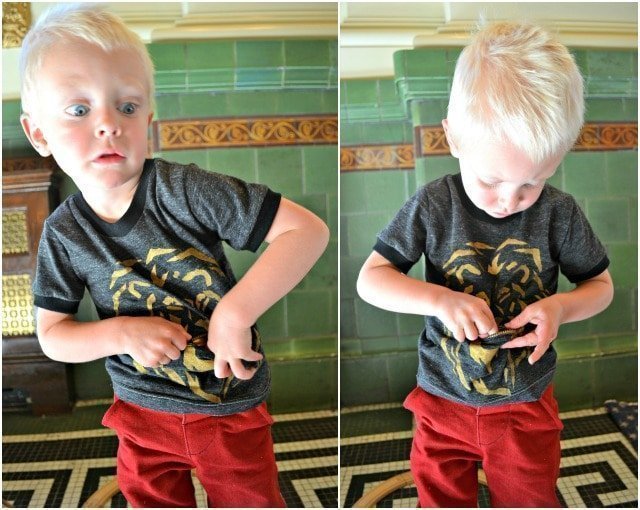 I originally wasn’t going to make anything for my daughter until I found some metallic gold knit in the remnant bin at Walmart. At first I was going to turn her into a snitch, but I felt that would be too clique. Instead I based her outfit off of the sword of Griffindor. The sword has red jewels on it which inspired the red and dotted fabric. I don’t think the sword is gold, but gold is a Griffindor color. I made gold bloomers using the Go To Leggings Baby size and I drafted the dress myself. 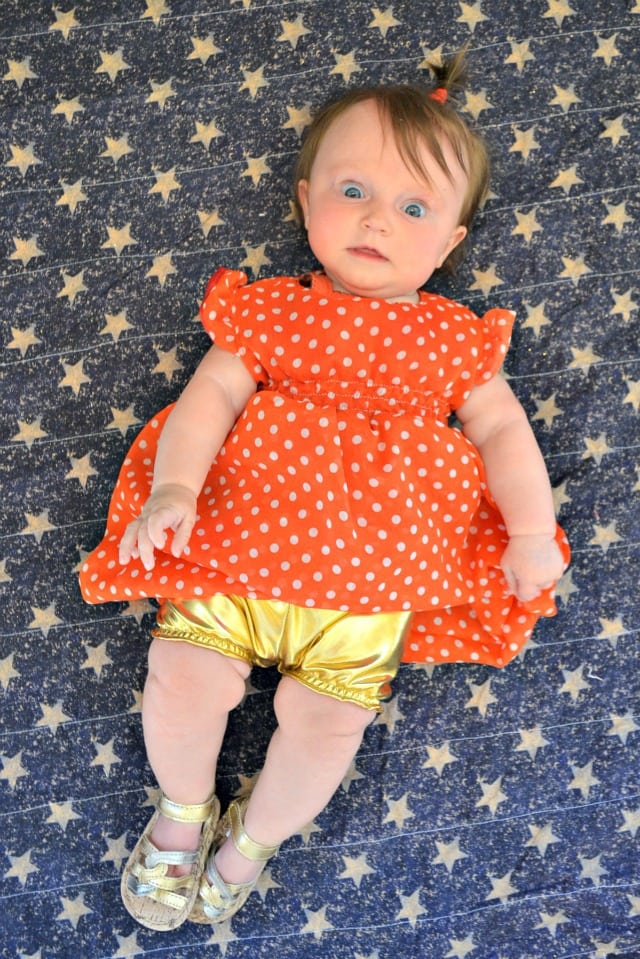 I added shirring to the waist to mimic the carving and handle details of the sword. The gold bloomers also have shirring for more carving details. 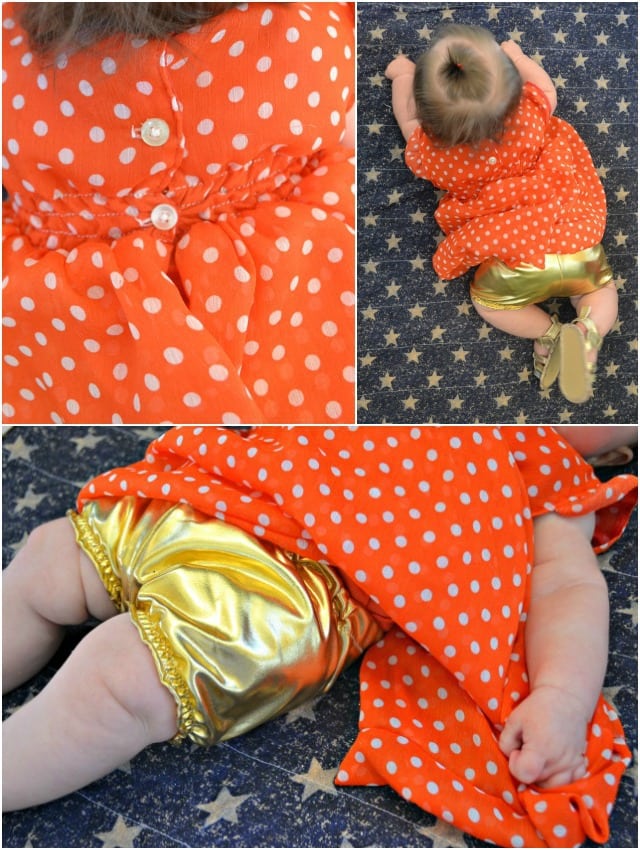 These are some quite magical kids. 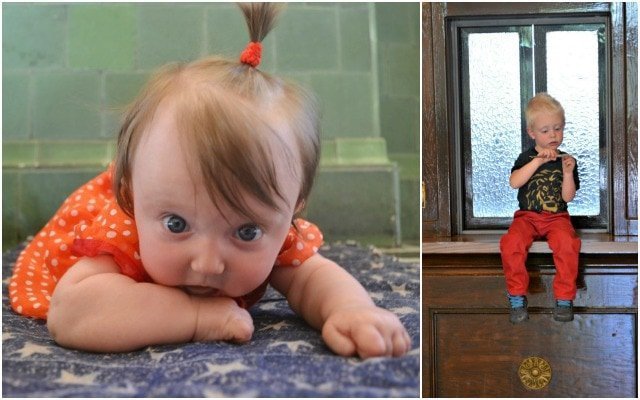 He got out his train set to play with while he waited for the train to come. 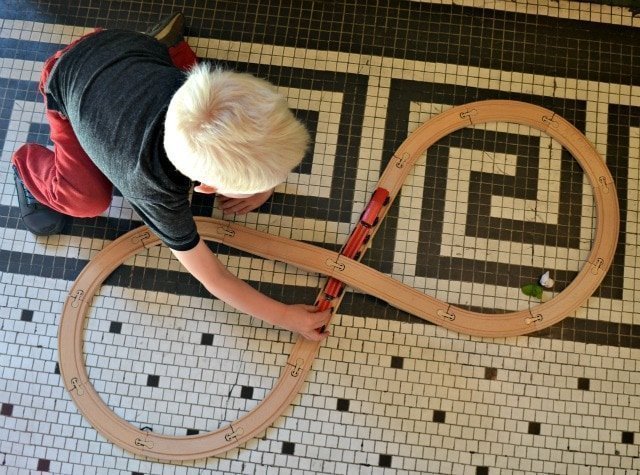 Waiting for the Hogwarts express 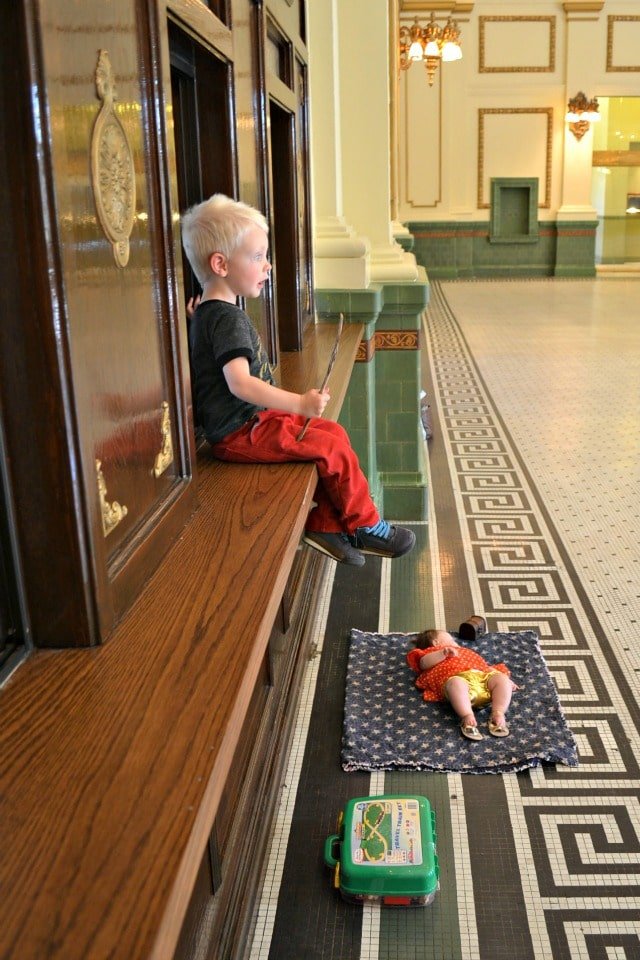 I’ve also made my son a harry potter shirt with lightning buttons that I made with my Cricut Maker!

If you ever break a zipper here’s how to fix a zipper if the pull came off. This sewing trick works for invisible zippers, separating zippers, and regular zippers. You can also learn how to sew a zipper. 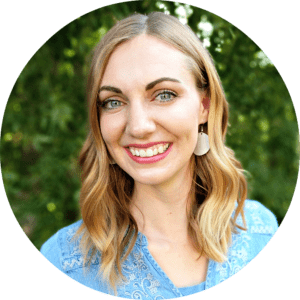