You are here: Home / Sewing Projects / Boys Fall/Winter Collection: KCW Day 2
1shares
I started with all the really quick projects yesterday to see how many I could finish in one day. Before Henry’s nap when I sewed, I let Henry scribble on some leggings before I made them. I wanted to involve him in my projects and let him experience the creative process. First, I covered the table with plastic for protection since we were using fabric markers. Then I taped the cut pattern pieces onto the plastic, gave Henry the markers, and let him color as much as he wanted. 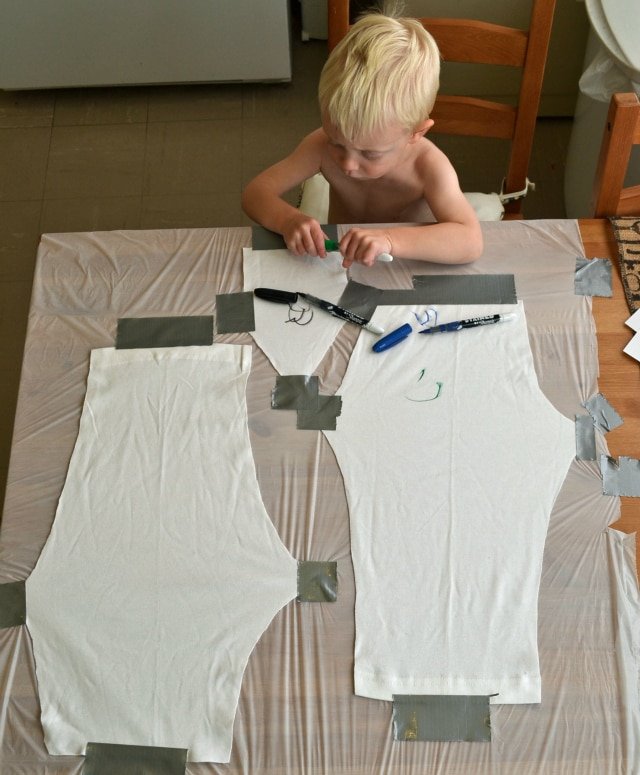 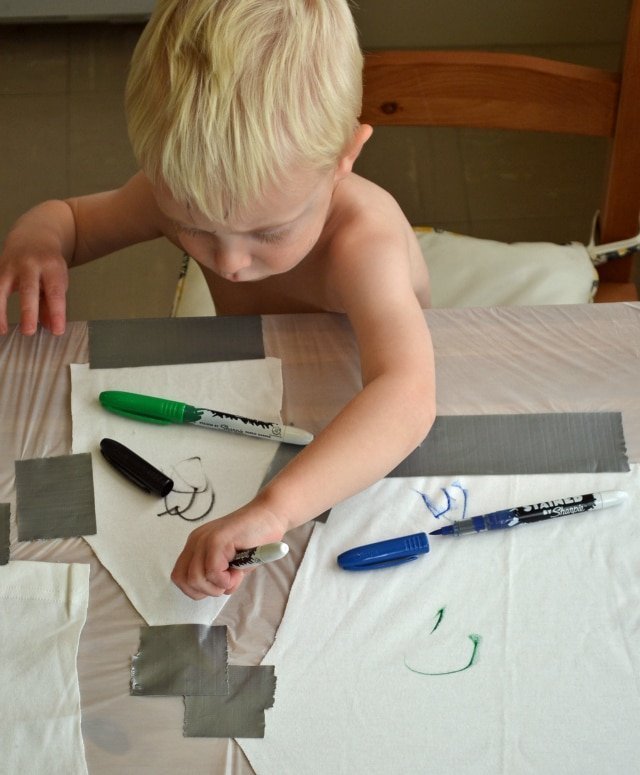 He got pretty messy, but he really enjoyed it. Check out the little half mustache! 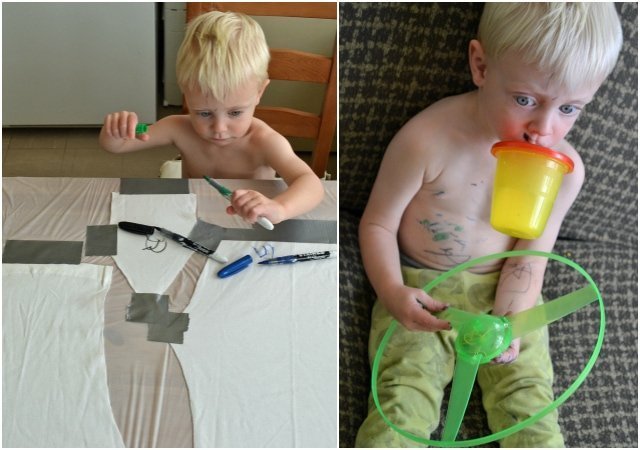 I sewed up them up and can’t wait to see them on him. I hope he gets excited about wearing them because he knows he colored them. I helped color some parts, so there are recognizable scribbles. I used the Fancy Pants leggings pattern. 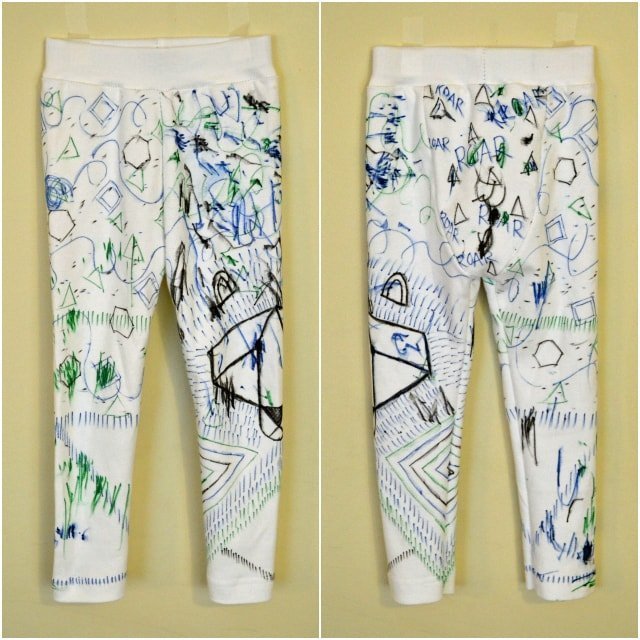 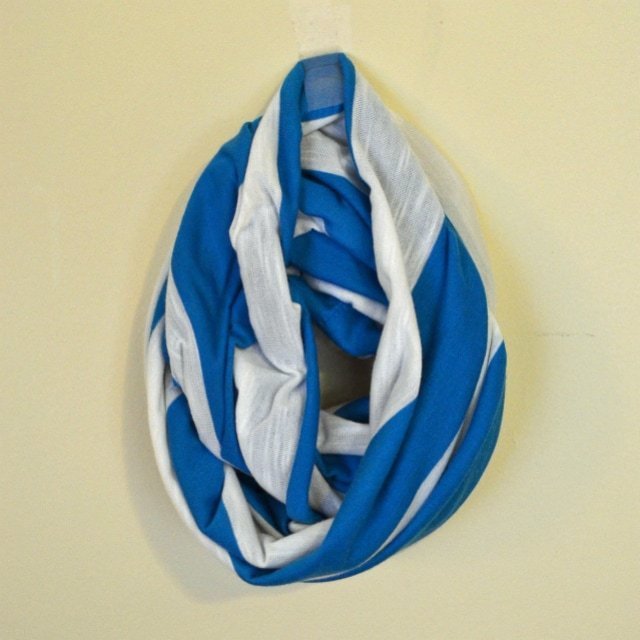 I made a raglan long sleeved shirt from two old shirts. I cut up two t-shirts so I was able to reuse hems. that meant it was a quick sew except there are some funny seams on the sleeves, but I like the character it adds. 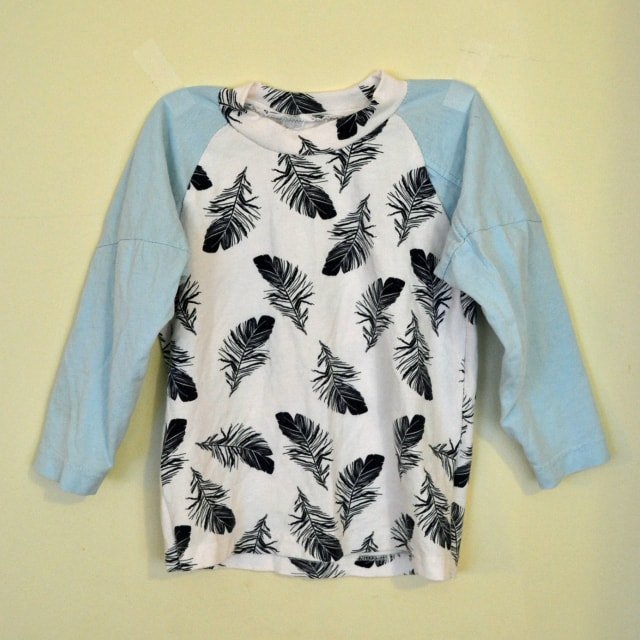 I cut up another old shirt and reused the neckband and sleeve seams. I just added some striped long sleeves that I had in my stash for warmth. 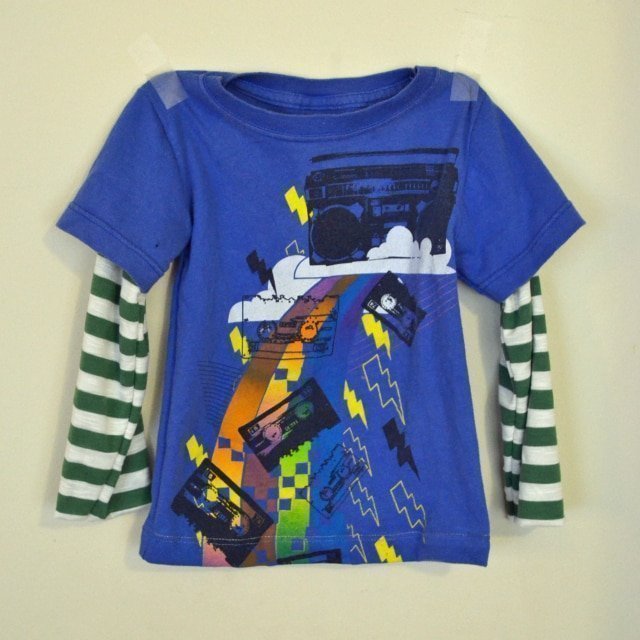 I made another pair of Fancy Pants leggings piecing some striped waffle knit fabric together that I’ve had in my stash for five years at least. I made them for wearing under loose pants or snow pants. They are basically long underwear for warmth! I don’t plan on having Henry wear them alone because the piecing turned out so weird. 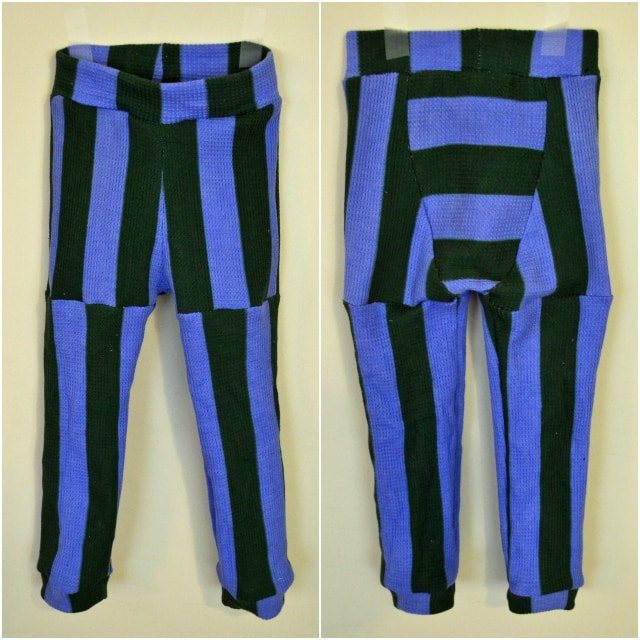